Keeping Up with Medicinal and Recreational Marijuana Screening Law

Hello! This is Nicolas Dufour, General Counsel at ClearStar, coming to you with the next installment of For the Public Record—a blog that features thought leadership from the most seasoned experts on our staff, across all functions of the background screening process. This month, we’ll explore the changing landscape of marijuana screening in the workplace.

Medical Marijuana and the Duty to Accommodate

As of the beginning of June 2019, a total of 34 states, the District of Columbia, Guam, Puerto Rico, and the U.S. Virgin Islands have approved comprehensive, publicly-available medical marijuana/cannabis programs. Approved efforts in 12 states allow the use of “low THC, high cannabidiol (CBD)” products for medical reasons in limited situations or as a legal defense. Low-THC programs are not counted as comprehensive medical marijuana programs.

Do employers have a duty to accommodate employees’ use of medical marijuana for an illness or disability? Under Federal law, marijuana continues to be a Schedule I controlled substance under the Controlled Substances Act, 21 U.S.C. § 812(b)(1), (c) (2012), whose possession is a crime, regardless of whether it is prescribed by a physician for medical use. This is why the Americans with Disability Act does not require employers to accommodate employees’ use of medical marijuana when off duty and off work premises, even when condoned under state law.

Several states have legalized medical marijuana and do not currently protect employees’ use of marijuana for medicinal purposes when off duty. However, several states do protect employees use of medical marijuana for valid medical reasons, when off duty, provided employees do not report to work under the influence. In those states, a positive drug test alone will not warrant disciplinary action and the employers must provide concrete proof of an employee’s intoxication while at work. Many of these states also require that employers reasonably accommodate employees who use marijuana for medical purposes. Most state statutes provide exceptions for employees in safety-sensitive positions.

(1) A recent case rendered by a Massachusetts court protected the off-duty use of marijuana for medical use by an employee. The opinion issued in Barbuto v. Advantage Sales and Marketing, LLC provides insight of what may be the next trend of marijuana screening in the workplace: the protection of workers who use medical marijuana outside of the workplace and outside of working hours. In the opinion, the court held that an employer had to provide a reasonable accommodation to an employee for off-duty use of medical marijuana, notwithstanding the employer’s zero tolerance drug policy. In this case, the employee accepted a salesperson position that was contingent upon passing a post-offer drug screening test. After accepting the position, the employee informed her employer that she used medical marijuana to treat her Chron’s disease and would test positive for marijuana. She explained that her physician had provided her with a written certification that allowed her to use marijuana for medicinal purposes; and that, as a result, she was a qualifying medical marijuana patient under Massachusetts law. She added that she did not use marijuana daily and would not consume it before work or at work. The supervisor told Barbuto that her medicinal use of marijuana should not be a problem, but that he would confirm with others at the company. He later called her and confirmed that her lawful medical use of marijuana would not be an issue with the company. When the employee’s drug test came back positive for marijuana, the employee was fired for violation of the company’s drug policy. The court determined that where an employee is handicapped because she suffers from a debilitating medical condition that can be alleviated or managed with medication, one generally would expect an employer not to interfere with the employee taking such medication, or to terminate her because she took it. If the employer, however, had a drug policy prohibiting the use of such medication, even where lawfully prescribed by a physician, the employer would have a duty to engage in an interactive process with the employee to determine whether there were equally effective medical alternatives to the prescribed medication whose use would not be in violation of its policy. Under Massachusetts law, the use and possession of medically-prescribed marijuana by a qualifying patient is as lawful as the use and possession of any other prescribed medication. Where, in the opinion of the employee’s physician, medical marijuana is the most effective medication for the employee’s debilitating medical condition, and where any alternative medication whose use would be permitted by the employer’s drug policy would be less effective, an exception to an employer’s drug policy to permit its use is a facially reasonable accommodation. A qualified handicapped employee has a right under G. L. c. 151B, § 4 (16), not to be fired because of her handicap, and that right includes the right to require an employer to make a reasonable accommodation for her handicap to enable her to perform the essential functions of her job. Connecticut and Delaware have likewise interpreted their state laws to prohibit adverse employment actions against those employees who use marijuana for medicinal purposes while off duty.

(2) On April 9, 2019, the New York City Council passed a bill that prohibits employers from conducting pre-employment drug testing for the presence of marijuana or tetrahydrocannabinols (THC). The bill became law on May 10, 2019. However, it does not go into effect until May 10, 2020. The law amends Section 8-107 of the New York City Administrative Code and provides that it is an unlawful discriminatory practice to require prospective employees to submit to testing for the presence of any tetrahydrocannabinols or marijuana as a condition of employment. It should be noted that the law contains a long list of exceptions where it does not apply to any individuals applying for work:

The law also does not apply to drug testing required pursuant to:

It is expected that the City will provide further guidance on the exceptions once it issues rules for the implementation of the law. Read literally, the law applies to “prospective employees” and it is unclear at this time if the bill will have an impact on employers’ ability to test for marijuana and THC after employees are hired.

(3) May 31, 2019, the Illinois General Assembly adopted House Bill 1438, the Cannabis Regulation and Tax Act (“CRTA”), legalizing the sale, possession, and use of marijuana for recreational purposes by adults age 21 and older. The governor is expected to sign the bill. The CRTA is expected to take effect on Jan. 1, 2020. At such time, Illinois residents age 21 and older will be allowed to possess up to 30 grams of raw cannabis, 5 grams of cannabis concentrate, or cannabis-infused products containing up to 500 milligrams of tetrahydrocannabinol. Adults 21 and over will be allowed to consume cannabis on private property away from minors and certain prohibited areas. Although the sale and use of cannabis will be legal on Jan. 1, 2020, possession and consumption will still be regulated, including its use being prohibited in public places, on school grounds, in close physical proximity to persons under 21, and smoking cannabis where smoking is prohibited under state or local law. Under the CRTA, employers retain the ability to adopt and enforce reasonable workplace policies such as “drug free” or “zero tolerance” policies and to impose discipline up to, and including, termination if an employee is impaired or under the influence of cannabis while in the workplace or on call. The CRTA includes protection for employees by designating recreational cannabis used in compliance with the Act as a lawful product subject to the protections against discrimination provided under the Illinois Right to Privacy in the Workplace Act. Therefore, employers generally cannot take adverse employment action against an employee who lawfully uses cannabis outside of working hours and is not impaired or under the influence of cannabis during working hours, while on duty, or while on call. However, because cannabis remains an illegal controlled substance under federal law, and because the CRTA does not require employers who must comply with applicable federal rules and regulations—such as U.S. Department of Transportation regulations—to become non-compliant, it is expected the CRTA will be interpreted to allow employers to continue to maintain employment policies prohibiting all cannabis use where necessary to comply with applicable federal law.

(4) On June 5, 2019, the Nevada Governor signed Assembly Bill 132, which makes it unlawful for any Nevada employer to fail or refuse to hire a prospective employee because the prospective employee submitted to a blood, urine, hair, or oral fluids drug test and the results of the test revealed the presence of cannabis. Additionally, AB 132 provides that if an employer requires an employee to submit to a screening test within the first 30 days of employment, the employee shall have the right to submit to an additional screening test, at his or her own expense, to rebut the results of the initial screening test. The employer shall accept and give appropriate consideration to the results of the second screening test. The prohibition does not apply if the prospective employee is applying for a position (i) as a firefighter or an emergency medical technician or (ii) will require the operation of a motor vehicle for which federal or state law mandates that the employee submit to screening tests. Additionally, AB 132 states that the law does not apply to a position that, in the determination of the employer, could adversely affect the safety of others. Finally, the law does not apply to the extent it is inconsistent or otherwise in conflict with the provisions of an employment contract, a collective bargaining agreement, or federal law, or to a position funded by a federal grant.

As more and more states legalize medicinal and recreational marijuana, it is not enough to continue to rely on your current drug screening program. Drug screening will always be a useful tool to help you build a safe and successful workforce, but new statutes, regulations, and growing case law makes it clear that employers in the U.S. should review their drug testing policies to ensure they are compliant with the laws and regulations of the jurisdiction(s) in which they operate. This is For The Record. 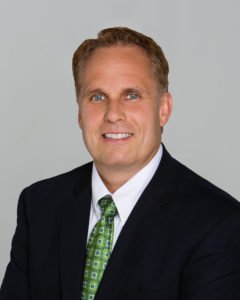 Before joining ClearStar, he was Chief Regulatory Counsel at First Advantage Corporation, where he oversaw litigation matters and regulatory enforcement investigations related to privacy and data security issues.

At ClearStar, we are committed to your success. An important part of your employment screening program involves compliance with various laws and regulations, which is why we are providing information regarding screening requirements in certain countries, region, etc. While we are happy to provide you with this information, it is your responsibility to comply with applicable laws and to understand how such information pertains to your employment screening program. The foregoing information is not offered as legal advice but is instead offered for informational purposes. ClearStar is not a law firm and does not offer legal advice and this communication does not form an attorney client relationship. The foregoing information is therefore not intended as a substitute for the legal advice of a lawyer knowledgeable of the user’s individual circumstances or to provide legal advice. ClearStar makes no assurances regarding the accuracy, completeness, or utility of the information contained in this publication. Legislative, regulatory and case law developments regularly impact on general research and this area is evolving rapidly. ClearStar expressly disclaim any warranties or responsibility or damages associated with or arising out of the information provided herein.

This site uses cookies to improve your browsing experience and ensure you receive relevant information about ClearStar's services. By continuing to browse this website you agree to the collection and use of your personal information as described in our Privacy Policy.Ok